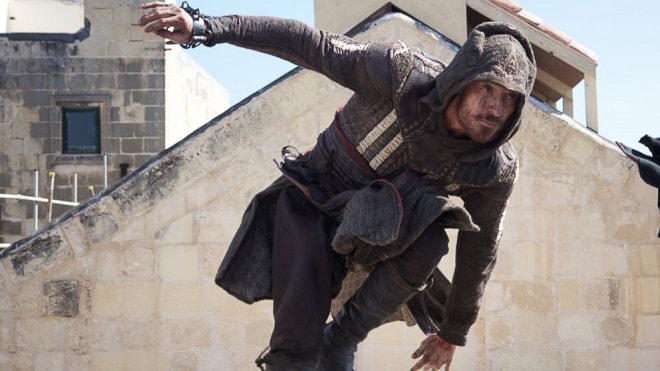 Unfortunately somewhere along the way this well placed intentions got derailed by poor execution.

The animus was changed to make it more cinematic. The idea of an augmented virtual reality spoke of new possibilities for the movie. Like a holographic flashback, scenes of Callum Lynch reliving Aguilar’s memory gave spectral images that looked cool. The action sequences, mostly parkour with an old-world backdrop of Spain, is enjoyable enough even though there’s nothing new if you strip away the detailed costumes.

Despite it being a videogame adaptation that’s primarily used for blockbuster fodder, proven thespians fill the casting list. Michael Fassbender gives dramatic heft to a role that offers little. Marion Cotillard is decent enough past the accent. Jeremy Irons is there for a payday but does what he does best.

Is it because of these Oscar-worthy actors that the movie felt the need to make some high statement when it’s unnecessary? Assassin’s Creed has a misguided and needlessly complicated script that severely limited a videogame adaptation that is supposed to be, you know, an action-adventure.

There’s a total of three sets of action sequences in a barely there story about an assassin. The plot chose to focus on the bureaucratic issues of the evil organization that don’t need to be told. Even if you haven’t played the game, you already know that the Templars are the big bad and their motivations are ultimately evil ten minutes into the movie, but the plot goes on to be needlessly philosophical about their objectives behind a Science bending experiment.

It doesn’t help that its subject Callum Lynch is as one dimensional as the rest of the characters. Fassbender is great, but even talent has its limits in a narratively incoherent movie. Assassin’s Creed is painted with dark and yellowish hues to create a sense of mystery, but all the audience really needs is clear and well-edited action scenes.

As a result, you have a dull movie about a simplistic evil organization and the criminal that gets caught in its machinations. Somewhere in Assassin’s Creed is the familiar yet workable tale of a man who needs to fulfill his destiny but it’s lost in translation.

Through Abstergo a company that creates a revolutionary technology that unlocks his genetic memories, Callum Lynch (Michael Fassbender) experiences the memories of his ancestor, Aguilar de Nerha (Aguilar Of Nerha), in 15th Century Spain. Callum discovers he is descended from a mysterious secret society, the Assassins and Templars, and amasses incredible knowledge and skills to take on the oppressive and powerful Templar organization in the present day.
4

Assassin's Creed is another item to a long list of badly executed video game movies because of a misguided script and paper-thin characters. 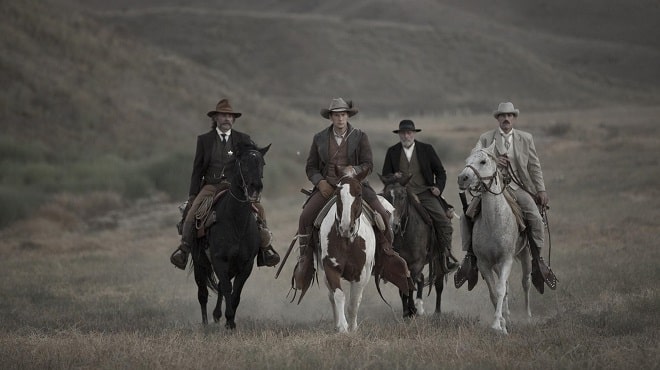 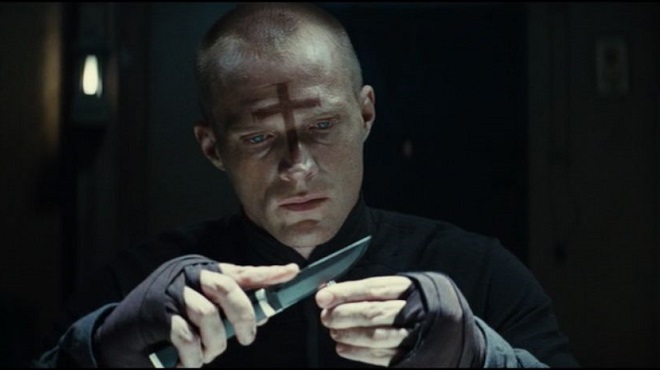 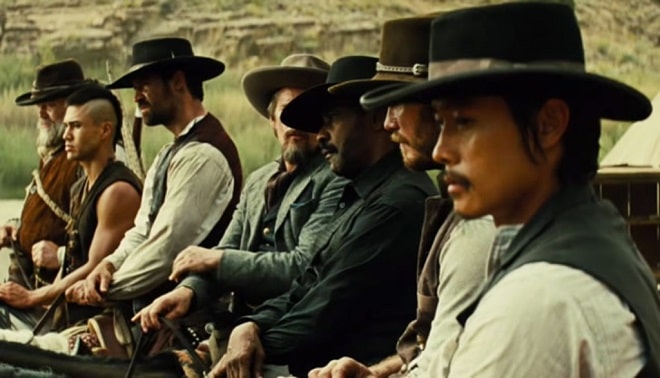