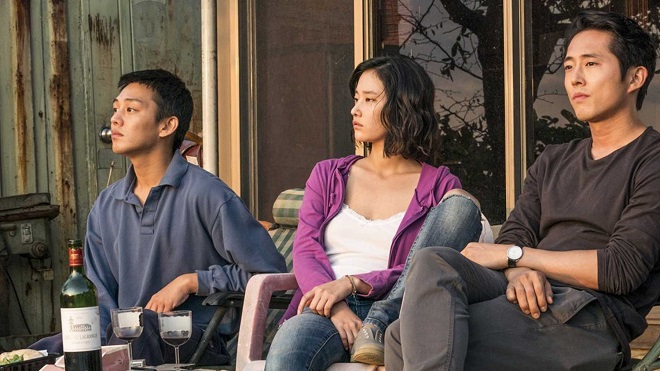 The first thing that you should know about this movie is to come in knowing nothing. The second is that great things come to those who wait.

The slow burn character study, minimal musical score, and late afternoon glow of its cinematography lull you into this false sense of security. Burning focuses on the interactions of three people – a writer searching for a story, an enigmatic stranger, and a spirited woman. Everything here is up for speculation, with pieces of clues dropped methodically as the plot progresses.

What’s most interesting about this film is its ambiguously clever execution. As Jongsu tries to solve the mystery in the film, the narrative inspires curiosity instead of conclusions.

In one scene, Ben’s female friend – the latest in a steady revolving door of girls in his life – entertains his guests with her animated storytelling. Jongsu sees a yawning Ben, who then smiles at him. It’s curious to note that this same scene happened before with Haemi, who disappeared two months prior.

There is a pattern of behavior here that indicates something is off, while at the same it makes a social commentary on poverty, class, and gender politics.

There is something in the way Ben treats these girls and his choice in women. Yet Jongsu has his own double standards. If you take away the good looks, Porsche, and fancy apartment, Ben is creepy. Yet if you look closely at Jongsu, his familial background and the psychological framing of his narrative suggest a connection with Ben. Then there’s Haemi, a girl that no one would notice missing, ostracized by her own family because of debt.

The mystery unravels eventually, but any conclusion goes either way – is Ben culpable and confident or oblivious and misinterpreted? is Jongsu an innocent and reliable audience stand-in or is he insecure and shouldn’t be trusted?

Underneath this is a look at how women are treated as disposable pieces, how poverty can turn poor people into aggressors, how our insecurities can turn us into monsters, and how society can exacerbate these problems.

The performances here are so spot on and the plot so precisely calculated that the movie’s intentionally allegorical and obtuse second half will surely disappoint viewers expecting to get a resolution. The ending satisfies no one.

In fairness, the movie promises no easy answers or the intent of finishing into a single mindblowing revelation. Burning is an examination and means for its audiences to reflect on its statements, told through the minutiae of human interactions.

Burning is a patience-testing yet well-executed ambiguous psychological thriller.

The difficult life of Jongsu (Ah-in Yoo), a frustrated introvert, is complicated by the appearance of two people into his orbit: first, Haemi (Jong-seo Jun), a spirited woman who offers romantic possibility, and then, Ben (Steven Yeun), a wealthy and sophisticated young man she returns with from a trip. When Jongsu learns of Ben’s mysterious hobby and Haemi suddenly disappears, his confusion and obsessions begin to mount, culminating in a stunning finale.
10

Burning is a well-executed psychological thriller with a layered story, intriguing characters, and an engrossing plot. 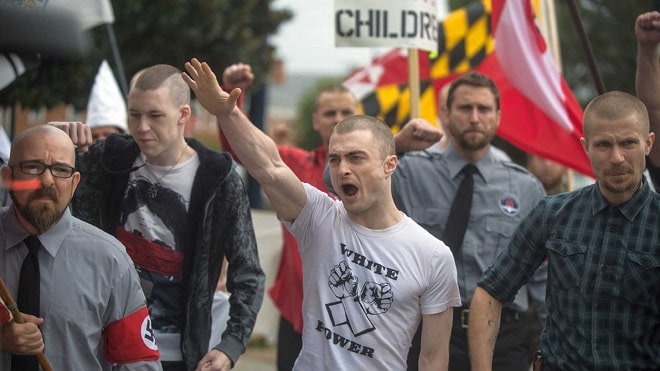 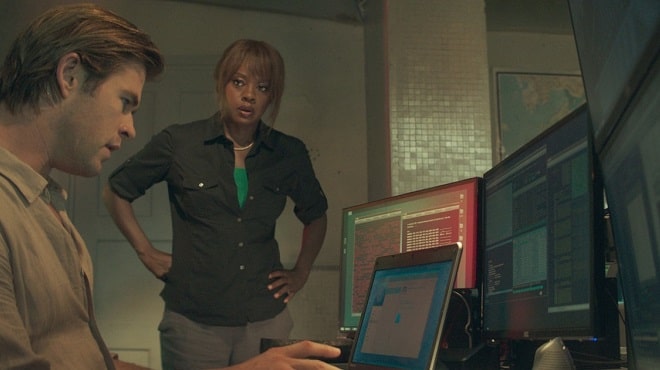