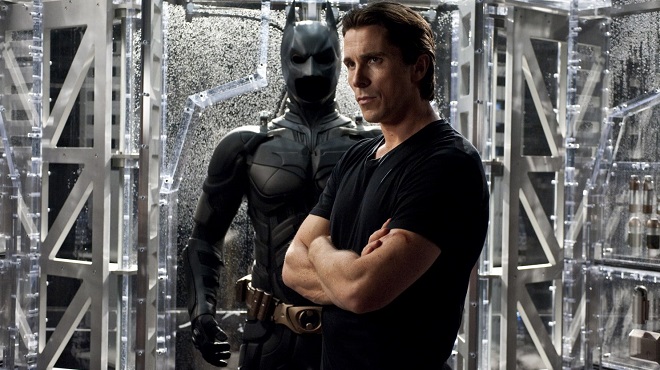 The first half of the movie raises the bar and does not disappoint. The thrilling plot accelerates with escalating violence from Bane. The action scenes are vivid and raw. The fight scenes don’t have any background music, and at some point, you will be convinced that Batman is no match for such an imposing and immense villain.

Like the previous installments in this trilogy, there’s a realistic current that runs through the film.

It still pokes at the common perceptions of good and evil, but the central focus is on Bruce Wayne. Although he has dedicated his life to Gotham, he is left to hole up in his mansion physically and mentally damaged while Batman is branded as a fugitive. Alfred, who stands for the emotional side of the film, pleads for him to find another way to save the city. But Bruce only knows one path that can cost his life.

There are great performances all around. The whole cast delivers. Even though Bane sounds like Sean Connery speaking through a Darth Vader mask, Tom Hardy was exceptional. There were doubts whether Anne Hathaway could pull this off, but she did well as Selena Kyle.

However, the second half of the movie doesn’t live up to the promise of the first. Nolan retreats into the familiar superhero story.

The psychodrama about fear and soul was excessive and the political themes fell flat. The Occupy Wall Street-inspired riot suggests that even though Bane has done terrible things to the city, the residents joined the anarchy and held trials against the elite.

But even with these missteps, The Dark Knight Rises is a good ending for the trilogy. Overall, it’s still a complex potent action film.

Eight years after the Joker's reign of anarchy, Batman, with the help of the enigmatic Catwoman, is forced from his exile to save Gotham City from the brutal guerrilla terrorist Bane.
8

The Dark Knight Rises is a well-crafted closure to the trilogy.