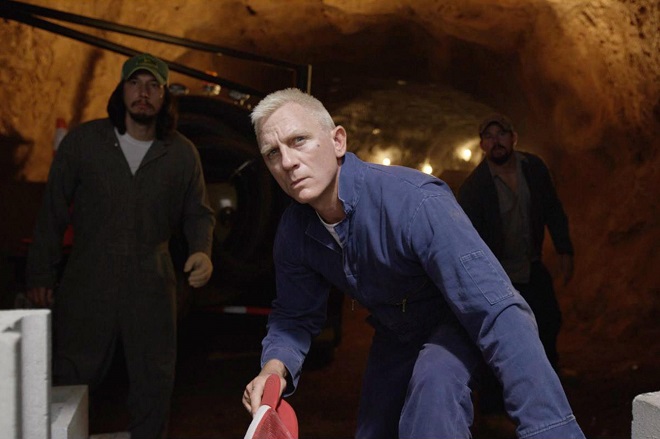 Logan Lucky is a forgettable caper, but its entertaining enough For Soderbergh fans and offers a serviceable summer movie for the rest.

Steven Soderbergh returns with Logan Lucky after a hiatus, and while it may not be his best, there are still winks of cleverness to keep your attention.

Logan Lucky, as par for the course of Soderbergh’s usual offering, has intricate interlocking sequences revolving around a heist. You’ve probably heard by now that this is Ocean’s Eleven for the NASCAR crowd and its pretty much accurate. Switch George Clooney with Channing Tatum plus a couple of rednecks, then jump from Las Vegas to North Carolina, and you have the core elements of this movie.

Under the hands of Soderbergh, the plot develops a rhythm that keeps the complex heist engaging. It’s the classic vault robbery with a modern twist that involves clever shenanigans. In one scene, Clyde Logan and Joe Bang make a niftier version of the under-the-car getaway move that we’ve seen plenty of times. If you read the whole plan on a piece of paper, you wouldn’t know that it was made by a redneck.

Soderbergh lets his cast embrace the silliness of their characters. This makes the characters watchable, even though they don’t have the collective charm of Danny Ocean’s gang. You can see that Daniel Craig had fun in shedding his James Bond skin for awhile.

Logan Lucky though doesn’t go beyond any of this, as it functions mostly as a light redneck version of Ocean’s Eleven. If you’re a fan who wants more than a retread, it may not offer much.

The movie mines stereotypes from the American South – southern blue-collar criminals, pageants, and redneck brothers. There’s also the asshole with an accent played by Seth MacFarlane who sounds like Mike Meyers impersonating a pretentious British businessman.

There are low stakes and no sense of jeopardy. Even when shit did happen, as Jimmy’s list has anticipated, it’s an irrelevant setback to the proceedings. Hilary Swank serves as the counterpart to Catherine Zeta-Jones’ Isabel Lahiri, but she’s severely underused.

Channing Tatum and Adam Driver don’t have a believable connection as brothers. The difference in their performances pull them further apart rather than make an interesting contrast – Tatum is just playing himself as Jimmy while Driver seems to be lost in his own headspace as Clyde. Tatum is the main lead, but Daniel Craig has more onscreen presence.

Despite these flaws, Logan Lucky is still a serviceable caper. It’s not for repeated viewings and will hold less interest once its tricks are revealed, but it’s still a solid effort from Soderbergh.

Logan Lucky is a forgettable caper, but its entertaining enough for Soderbergh fans and offers a serviceable summer movie for the rest.