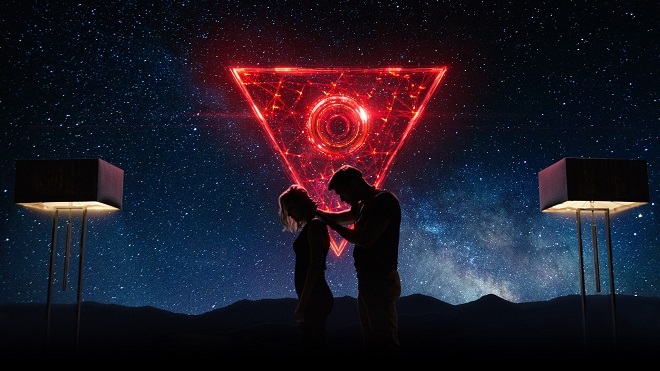 Sometimes artificial intelligence films are not intelligent, especially if they get plugged into a derivative B-movie.

Tau starts interesting enough with a familiar captivity narrative with a sci-fi backdrop. Unfortunately once Julia meets her captors, the movie becomes a ridiculous derivative mess that it becomes unintentionally comical.

The plot holes roll one after another. The movie poses as sci-fi but there’s not enough worldbuilding here to tell you what technology exists and doesn’t. What you get is a smart house with futuristic decor, worker orbs, and a pointy ED 209. They are controlled by Tau, the most sophisticated – yet self-contained – A.I. software in the world. It doesn’t know what a tree is even though it prepares meals such as a sea bass filled with foie gras and potatoes.

His creator is a recluse psychopathic inventor and negligent CEO who has never stepped foot in the office. Yet Alex is always out somewhere else that gives our heroine enough time to figure things out.

The movie plods on as it becomes a run-in-the-mill captive drama. It uses Stockholm Syndrome in its attempt to make the audience invested in Julia and Tau. Excruciatingly voiced by Gary Oldman, their silly dialogue includes the sci-fi staple What is a person? But the movie can’t expound its ideas beyond I think, therefore I am.

Tau is a kind of movie where characters become dumb for plot convenience so whatever suspense and drama it comes up with is unconvincing. It can’t even get its facts straight – Julia is the seventh victim yet she’s subject no. 3.

Maika Monroe is a decent actress but her character is too stereotypical and one-dimensional to care about. Ed Skrein is more convincing as a stalker killer than a mad scientist, but his character is a caricature anyway so there’s no satisfaction when he gets beaten up by the lead. Gary Oldman’s voice is terribly miscast for Tau.

In the end, you just watched an average B-movie from Netflix, that is if you haven’t dozed off halfway. There is a workable idea here – Tau is more human than Alex, whose lack of empathy and single-mindedness make him more of a robot than any of his creations. Unfortunately, this sci-fi thriller wannabe opts to sell us a friendship between man and machine, executed in the dumbest way possible.

Held captive in a futuristic smart house, a woman (Maika Monroe) hopes to escape by befriending the A.I. program that controls the house.
3 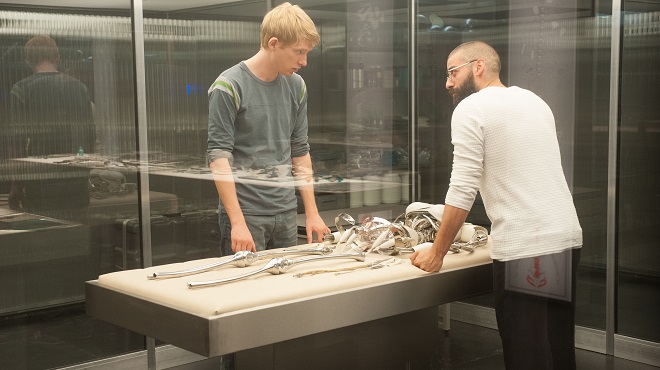 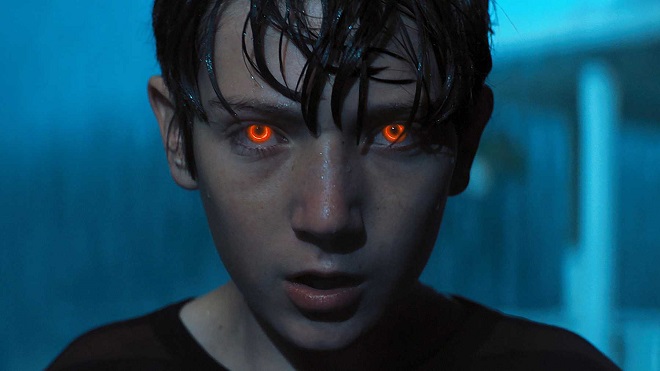