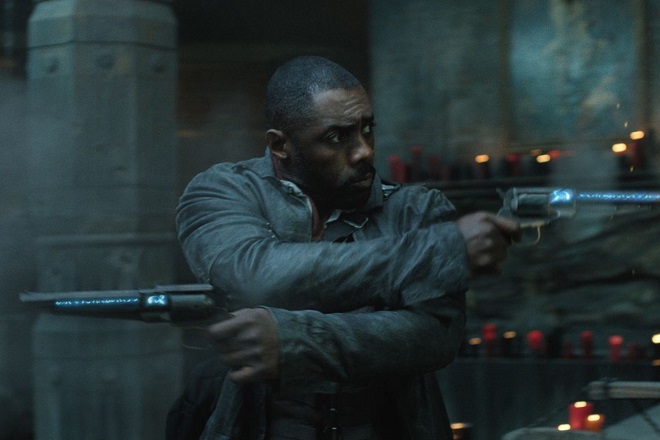 The road to the movie adaptation of The Dark Tower series had foretelling signs that it’s a bad idea but since studios are searching for the next big franchise, here we are.

The Dark Tower does have a capable star to carry it. Idris Elba is an overdue action star and made this role his own. Tom Taylor is talented as a reluctant apprentice.

Aside from the movie star appeal, there’s nothing much else that The Dark Tower offers because of a futile attempt to condense its source material.

The script focuses on Jake Chambers to simplify the story. As a result, the movie skips over essential plot points and turns what should have been a surrealist western into a generic blockbuster. This effectively stripped off everything that would have made this adaptation a compelling introduction for both book fans and new audiences.

You get a misunderstood special child compelled by vivid dreams to go on a quest with a brooding has-been hero on a long coat. Together, they must stop a villain who wants to destroy a precious tower to rule the world.

This generic fantasy RPG plot has low stakes. The worldbuilding is a reductive imagination to facilitate easier storytelling and affordable set pieces. The action is generic gunplay skirmishes with stock henchmen. The horror elements are bland. The villain is a hammy Matthew McConaughey.

The ending culminates into a predictable showdown, where the Gunslinger faces a sorcerer with typical telekinetic powers. Of course, Jake helps to save the day while repeating the movie’s punchline.

As a result, you have a run-in-the-mill blockbuster that will only satisfy people who want to see Elba shoot things. In its effort to tame a complex source material, the makers behind this adaptation cut out the fundamentals that make it work. What they end up with is an amalgam of disparate elements – cowboys, monsters, magic, and alternative universes – convincing no one that this saga needs to be told on the big screen.

Roland Deschain did not follow the man in black across the desert. He’s trapped into another cash grab franchise-building scheme used by studios to make money by banking on the popularity of an iconic creation.

The last Gunslinger, Roland Deschain (Idris Elba), has been locked in an eternal battle with Walter O'Dim, also known as the Man in Black (Matthew McConaughey), determined to prevent him from toppling the Dark Tower, which holds the universe together. With the fate of the worlds at stake, good and evil will collide in the ultimate battle as only Roland can defend the Tower from the Man in Black.
3

Embrace of the Serpent Review: Stunning Indictment of Colonialism