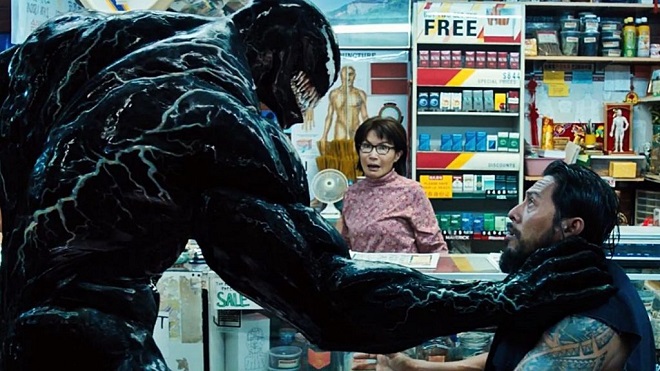 Deadpool proved that R-rated superhero movies can work while Logan showed they can be turned into a compelling award-worthy drama. But when they’re done wrong, they can be very bad.

Venom benefits from the unique performance of Tom Hardy. He packs Eddie Brock with idiosyncrasies (he voices Venom too) that it becomes a convincing physical performance. This also gives way to an interesting odd couple dynamic between a human and a symbiote.

There’s a scene in Venom where Brock circles a classified ad for a dishwashing gig in the newspaper, as if this movie was made in the ’90s when newspapers aren’t yet in danger of being completely replaced by online publishing that he could easily dive in considering his hard-hitting investigative reporting. He’d be popular on social media too.

It turns out that Venom is made in that bygone era of silly superhero movies.

Ruben Fliescher and the 8 credited writers are more focused on the slapstick humor that they can mine from a human possessed with a living glob of goo that’s eating him from the inside while also giving him powers. At some point, Brock jumps in an aquarium and chomps on a lobster in a restaurant.

His origins story is packed with outdated derivatives to get the backstory out of way as soon as possible.

A spaceship falls from the sky carrying a mysterious package. Later, a principled reporter ignores the advice of his boss and pisses off a megalomaniac tycoon. Naturally, he losses his job, his blonde girlfriend who deserves better, a comfortable apartment, and a pet cat that hates him anyway. Eventually, he infiltrates a secret lab with the worst security thanks to thankless female role #2. We all know how that’s going to end.

You get a barely developed lead, a caricature villain, the bald henchman, token POC, and a bunch of wasted talented actors. Don’t forget that scene with a pet.

The plot is easy to follow, punctuated by abrupt plot points – apparently, Venom is a loser and just needs a buddy to hang out with. It’s peppered with action scenes plagued by 90s special effects – the obvious green screen and stunt stand-in, low-budget firecracker explosions, and cartoonish messy bloodless fights. There are a bunch of drones here that are so obviously added in post-production.

The result is a movie that tries to be an off-kilter dark comedy but it’s too PG-13 to work, a dull origins story, and even duller characters.

In the end, Venom is one big misfire. Originally the plan is to portray Venom as an anti-hero with Carnage as the antagonist. But rights reverted back to Sony in 2007 and here we are. Back in the day, this would have been a Blockbuster rental and no one would mind. Today, it’s even worse than a Marvel sequel fodder.

One of Marvel's most enigmatic, complex, and badass characters comes to the big screen, starring Academy Award-nominated actor Tom Hardy as the lethal protector Venom.
4 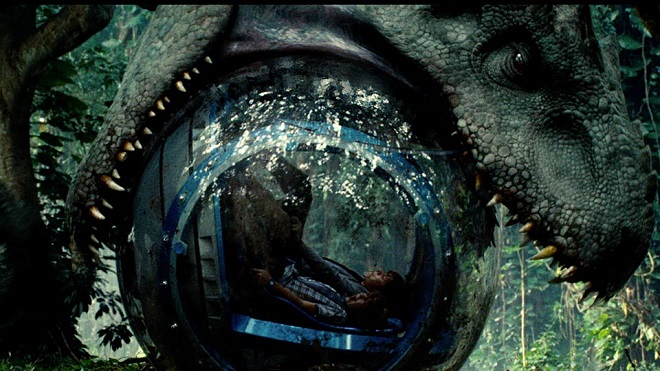 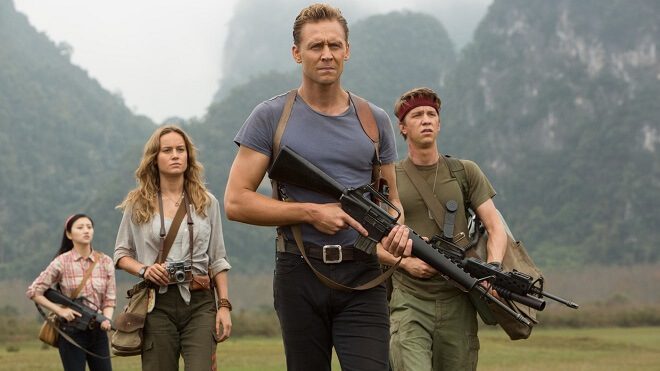